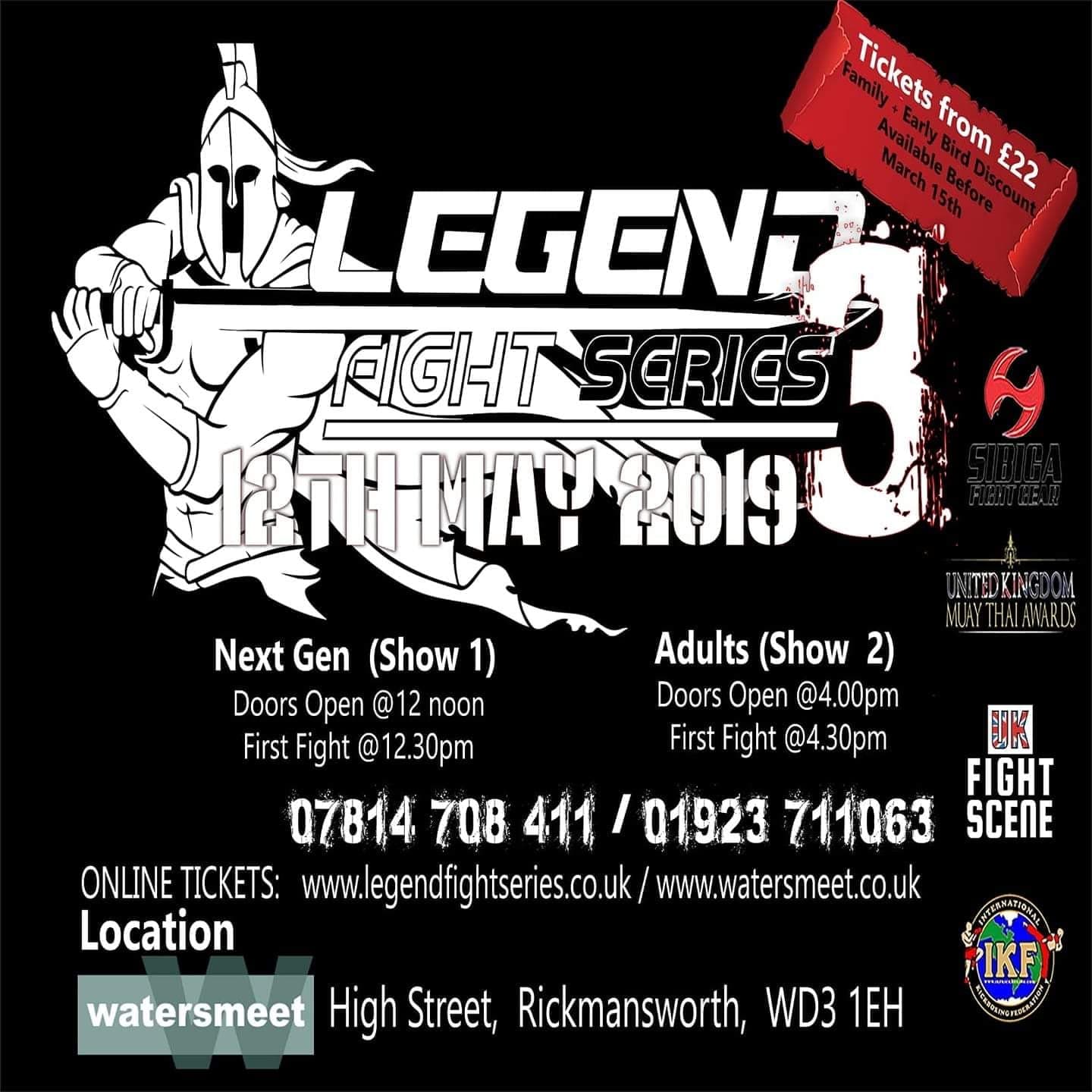 The third instalment of the very successful Legend Fight Series is coming May the 12th to Watford! The show will be split into two parts:

A daytime Junior show aimed at taking the grass roots of UK K-1 and Muay Thai and providing a platform to compete in a professional environment alongside some of the best Junior talent the domestic scene has to offer. From Grass roots to Greatness : Legend Fight Series 3 – Next Gen
Watersmeet Theatre, Rickmansworth, WD3 1EH
Doors Open @ 12 noon

An early evening show offering Muay Thai and K1. Debutante to some of the UK’s hottest prospects competing to take the next step in their journey to the top. A day of hungry competitors putting it on the line in the most explosive combat sports.
Doors Open @ 3:30pm –
Event Close 7:30pm
Tickets from £20
+ Google Calendar+ Add to iCalendar